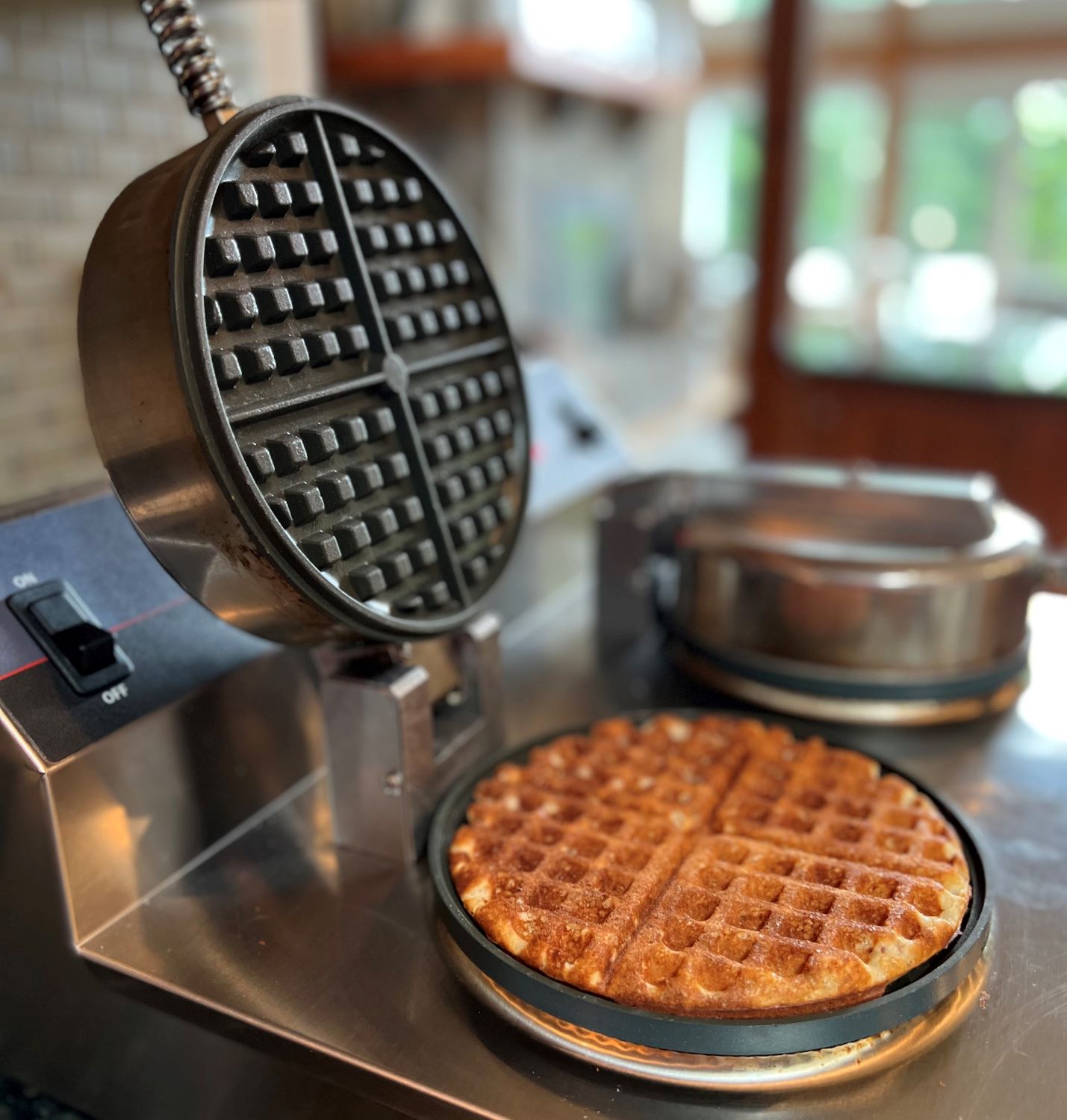 Growing up, Sunday breakfast was a serious tradition in our household. Pancakes, waffles, and French toast were on the menu. Dad was in charge, manning the cast iron skillet or old GE waffle maker, depending on the meal. The kitchen smelled delicious. For us kids it was an excuse to eat maple syrup.

Today we carry that tradition forward with our own children. The waffle mix no longer comes from a box, and it’s worth the effort. They freeze well and can be popped in the toaster for a quick breakfast another day. We add almond flour to give it a great flavor and more nutritional value. This helps smooth out the carbohydrate high and subsequent crash. The kids still love the syrup.

For a fun variation, try savory waffles. They’re like crepes, but better. Try topping a fresh waffle with a slice of ham, fried egg over easy, shredded gruyere cheese, and pepper. Melt the cheese under the broiler and serve. Another favorite is to top it with smoked salmon, crème fraiche, chives, and caviar or salmon. Like crepes but better!

Heat a traditional round waffle maker (not Belgian). Heat the oven to 300F if serving more than one waffle at a time.

Put the butter in a small saucepan and simmer, whisking frequently, until the solids are a light rust color. Remove from heat. The solids will continue to brown off the heat, a dark rust color is great (but not dark brown).

In a medium bowl whisk together the buttermilk, egg yolks, and vanilla.

In another medium bowl whisk the egg whites with a hand held electric mixer on high until they just form stiff peaks.

Whisk the buttermilk mixture into the dry ingredients until almost but not completely combined. Whisk in the butter until just combined. Use a large spatula to fold the egg whites into the batter until mostly incorporated. It’s ok if there are still some small clumps, it’s more important to keep the batter light and airy.

Oil the waffle maker if necessary. Use a ½ cup measure to scoop some of the batter onto the waffle maker using the bottom of the cup to spread it evenly, almost but not all the way to the edges. Use as little batter as possible, you want a light crispy waffle. Cook until browned and crisp, about 4 to 5 minutes depending on the waffle maker. Serve waffles fresh off the cooker or keep warm in a 300F oven while preparing additional waffles. Serve with real maple syrup.

Note: adjust the amount of batter as necessary for a rectangular waffle maker.

← 2022 Year to Date Market Update Bob and the Honeybees →